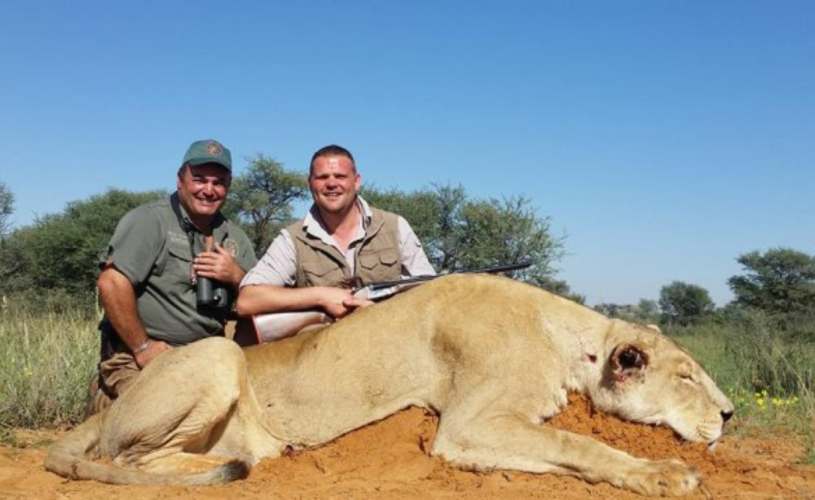 Trophy Hunters Exposed – Inside the Big Game Industry is the result of an exhaustive two-year investigation into the industry and the ethics of killing animals for ‘sport’ and ‘souvenirs’.

The book is written by Eduardo Goncalves, the award-winning founder of the Campaign to Ban Trophy Hunting which is supported by over 100 celebrities.

Legendary film star Dame Judi Dench endorsed the book, saying: “If this book doesn’t get trophy hunting banned I don’t know what will. This is an incredible investigation that reveals everything the industry would rather you didn’t know.” 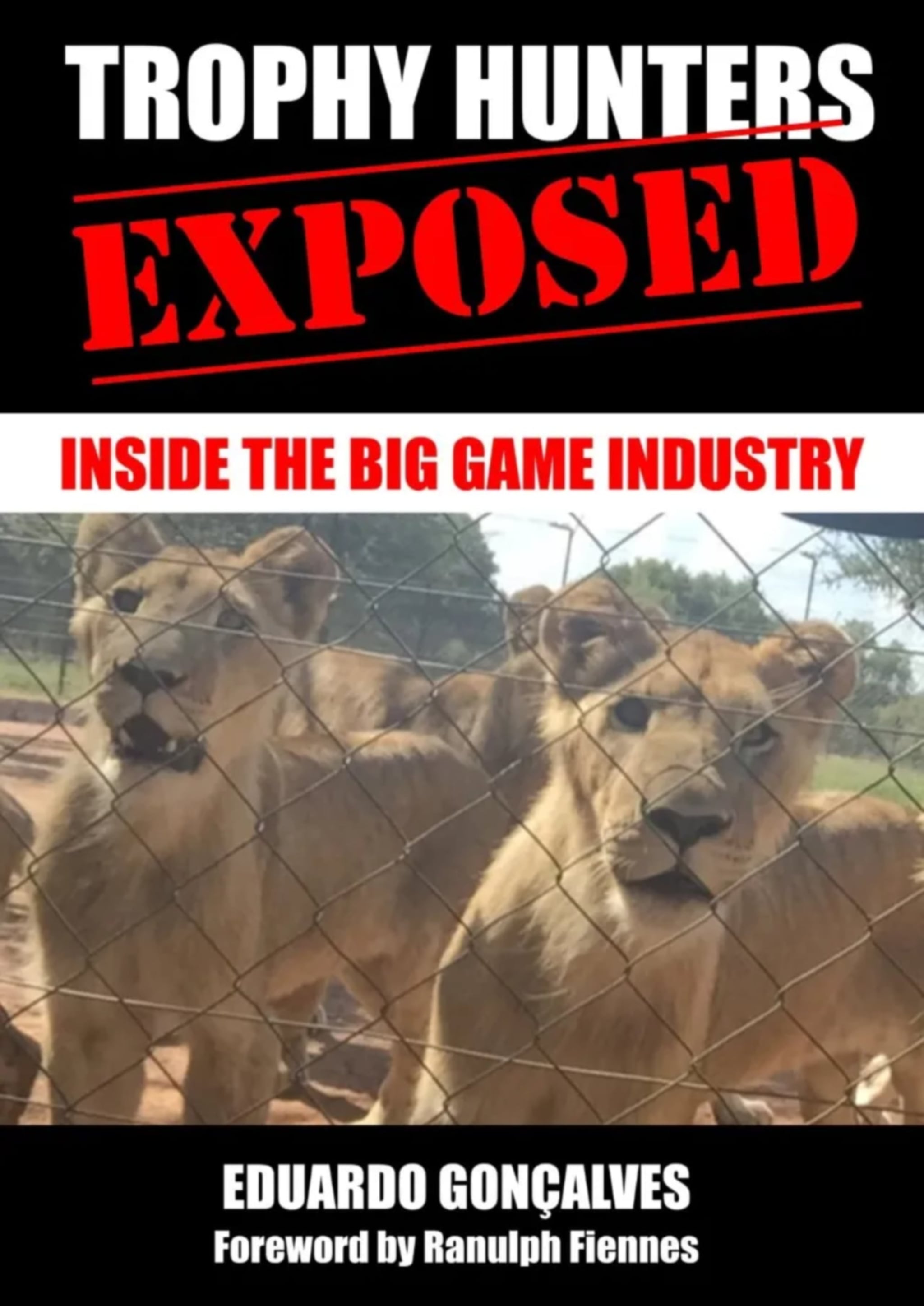 Joanna Lumley has also endorsed the book: “If there’s one book to buy about animals this year, this is it. Trophy hunting is legalised animal abuse on an industrial scale. We cannot call ourselves civilised while we allow trophy hunting. Trophy Hunters Exposed tells us why we must abolish it.”

The foreword has been written by legendary explorer Sir Ranulph Fiennes, who grew up in Africa: “Far from protecting endangered species, the law today is failing wildlife.

"As many as 1.7 million animals have been killed by trophy hunters over the past decade. Hundreds of thousands of these are from species protected by law because scientists say they are at risk of extinction. 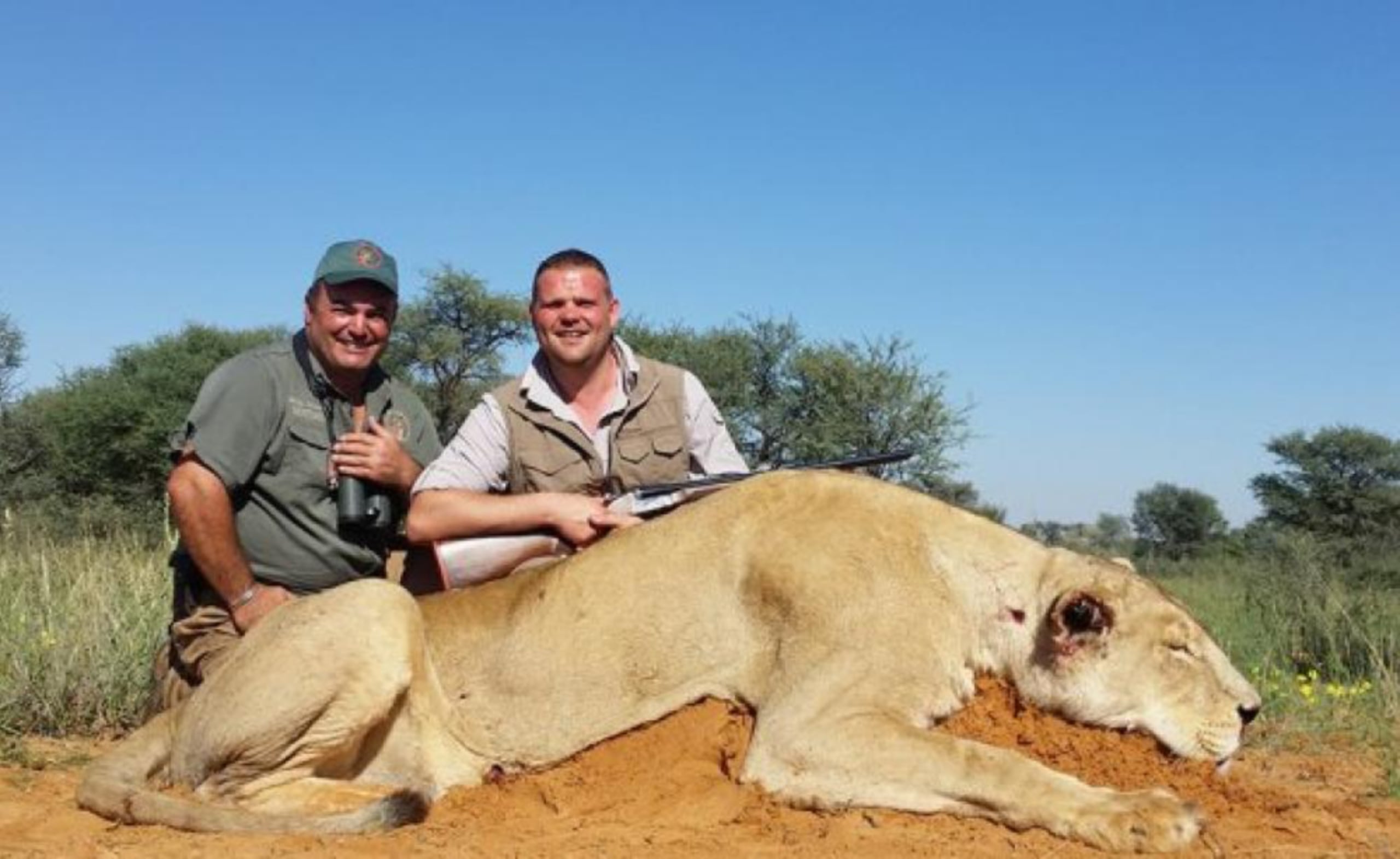 The preface comes from Bishop John Arnold, the Catholic Church’s official spokesperson on Environmental affairs in England: "We continue to slaughter animals, often in the cruellest fashion, for sport and fun. How can we claim any dignity in that? What pride can there be in arming ourselves with guns to kill defenceless creatures which are no threat to us?

"There are arguments that can be understood about the killing of an animal for its meat – but for a trophy to hang on the wall? There can be no justification in that.”

The book's author, Eduardo Goncalves – a former WWF consultant, CEO of a major UK animal charity and journalist - said: “Trophy hunting is often seen as an aberration by a handful of individuals. This investigation shows it is a large, powerful industry with a well-oiled and generously-funded lobbying machine.

“In echoes of ‘1984’, the hunting industry claims killing animals for selfies and souvenirs has ‘conservation’ value. Tobacco companies once promoted ‘healthy’ cigarettes and the oil industry claimed global warming would ‘green’ the planet.

“Some of these ‘conservationists’ have secured influential positions within wildlife decision-making bodies. They are today revealed to be among the world’s leading trophy hunters. Their organisations are industry fronts more interested in protecting ‘hunters’ rights’ than endangered animals. They have literally put the ‘con’ into ‘conservation’.

“The UK government promised in the Queen's Speech and in its election manifesto to ban trophy imports. A ban is supported by cross-party MPs and over 80% of the public. Public consultation on proposals concluded in February, but since then there has been deafening silence. 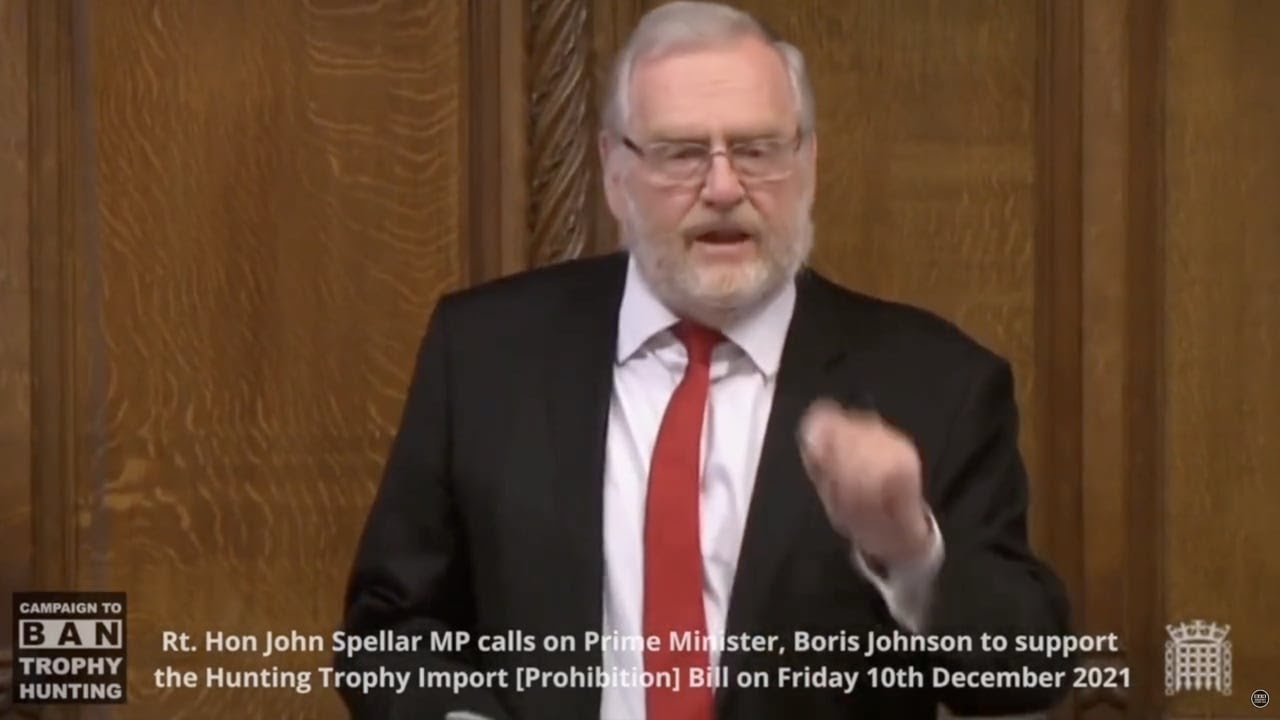 “Britain was able to ban dogfighting and bear-baiting in the nineteenth century. Surely the time has finally come in the twenty-first century to abolish this cruellest of bloodsports.

“South Africa’s captive-hunting industry is out of control, with dozens of species being bred for quick and dirty trophies and new hybrid animals being bred for novelty value. South Africa risks, for a second time in recent history, becoming an international pariah with potentially devastating consequences for the country’s economy and tourist industry.

“The US hunting industry poured over a million dollars in campaign contributions during American elections in 2016 and 2018. The current Interior Secretary was the guest speaker at the 2018 convention of Dallas Safari Club, a hunting group known to auction off hunts of critically endangered black rhinos.

"The government official now responsible for trophy imports policy was previously the hunting industry lawyer suing the government so hunters could bring home trophies of vulnerable species. Around half of Congress and US state Governors are enrolled in a pro-hunting caucus.

"The industry has been quietly stitching up the system while opinion polls suggest a majority of Americans are opposed to trophy hunting and trophy imports.”

Trophy Hunters Exposed – Inside the Big Game Industry is published by Green Future Books Ltd and is available as an e-book, with a paperback edition and audiobook to follow shortly.

Help us stop the slaughterClick here to Donate Now 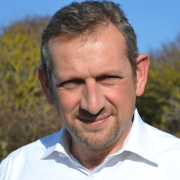 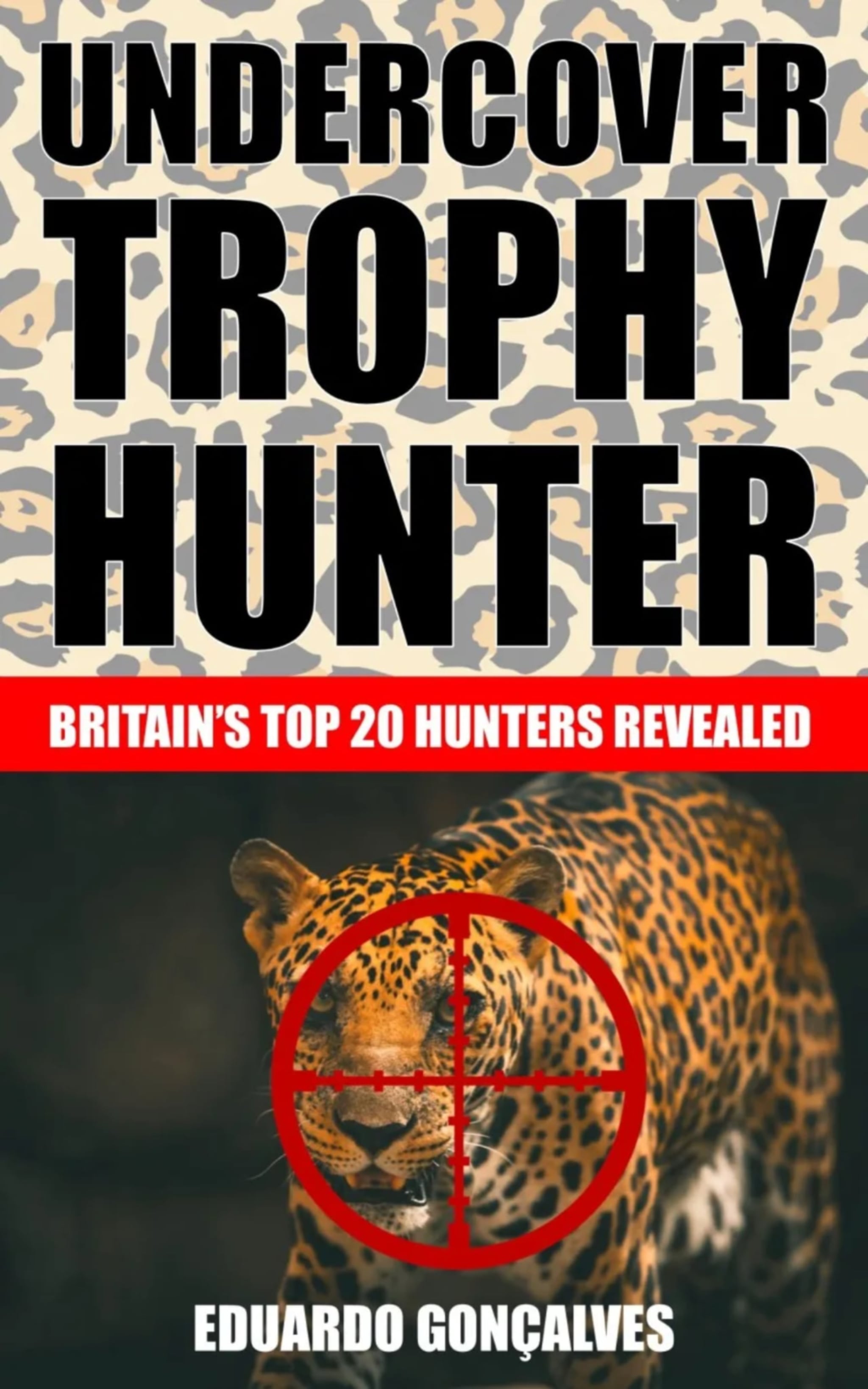 The heart-wrenching image of a lifeless Zebra, felled by the hand of British trophy hunter Trisha Boddington for the sake of "sport", is a painful reminder of the cruelty of trophy hunting.💔
🙌 Great news: MP Mark Franco is standing with us in the fight to #BanTrophyHunting and put an end to this cruel practice. Together, we can make a real difference and protect animals from harm. 😭
This photo speaks volumes: British trophy hunter Jimmy Metherell holds up a horrific reminder of animal slaughter: the lifeless body of an innocent baboon, taken in cold blood for mere sport. 😭
“Trophy Hunting is a hangover from Britain's colonial past. It should be consigned to the history books. There's no excuse for this practice to exist in the 21st century.” –Luke Pollard MP
Every voice counts in our fight against trophy hunting. Thank you, Barbara Keeley MP, for standing with us in this important cause! #CampaignToBanTrophyHunting
“Killing animals as trophies is a sickening display of human arrogance and power.”😡
Huge shoutout to @bambosmp for supporting the campaign to ban trophy hunting. We need more leaders like him to make sure the government takes action to outlaw this forever.👏
As a true sportsman, former England cricket captain David Gower OBE knows the importance of fair play. That's why he supports the Campaign to Ban Trophy Hunting, an unethical and unnecessary practice.😡 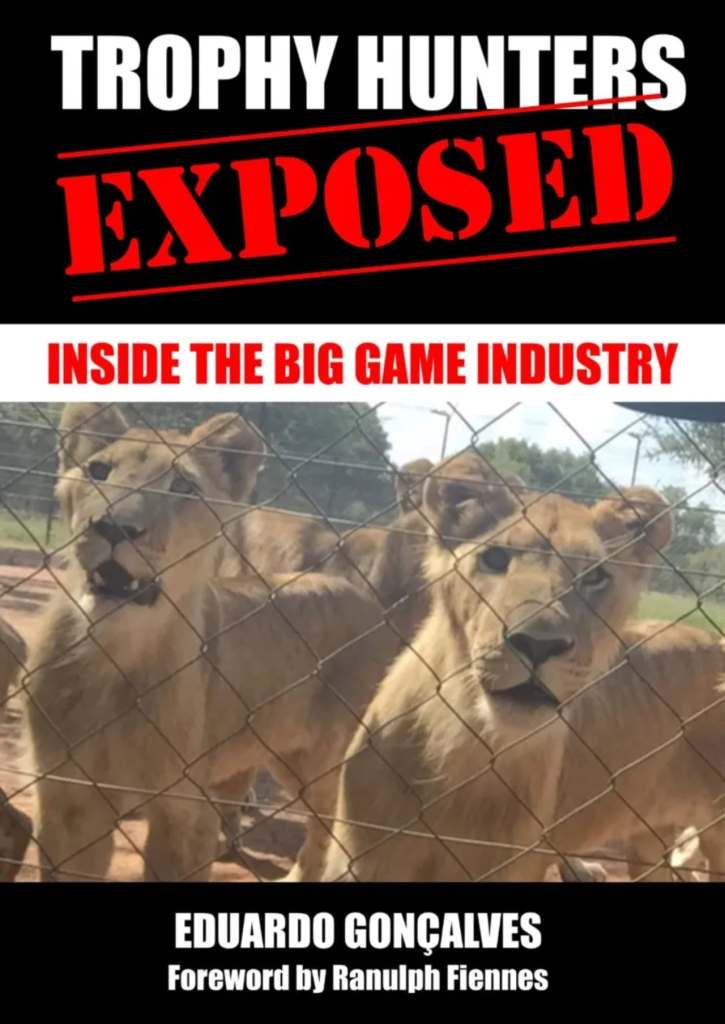